Founder and Medical Director of London TMS Centre and one of the driving forces behind making TMS available in the UK, within the NHS and the private sector, Dr Abdelghani, tells the story of his TMS career and this centre. 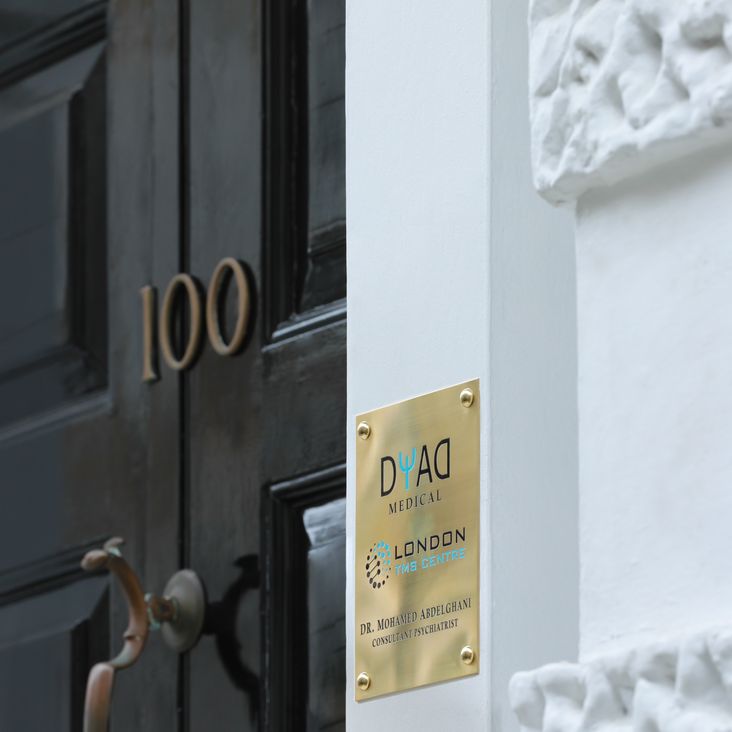 You might wonder, why did we choose the name ‘London TMS Centre’ for our centre. This is because the story of TMS could not be truly told without mentioning the great city of London.

If it was not for the great scientific inventions of Michael Faraday our modern life would not be the same.

As it was his innovative work that allowed us to have electricity is the shape and form we know it in our modern life.

One of the other great scientific works by Faraday is the theory of Electromagnetic induction in 1871 that led after about 100 years to the invention of TMS.

It won’t come as a surprise to know that Faraday lived and worked in London for his whole life. Actually, you can still visit his laboratory at the Royal Institutions in Central London. In the museum that shares the same building you can also see the initial coils that he used to prove his theory of electromagnetism.

Great Britain offered another distinguished scientist that played a pivotal role if not the most pivotal role in the field of neuromodulation.

This time it was a scientist from Sheffield, Prof Anthony Barker. It was in Prof Barker’s lab in his NHS hospital that he designed and created the first TMS device.

However, it was only when he carried his new invention and travelled to Queen’s Square in London in 1985 that the scientific circles were introduced to this new technology.

From that day in 1985 until the present time this technology has been stimulating the brains of many scientists and clinicians around the world.

One of the brains stimulated by Prof Barker’s work is Prof Mark George.

At this time in the 80’s Prof George was spending a year in London doing a fellowship at Queens Square when he was introduced to Prof Barker’s device that was mainly thought about at that time as a useful tool in the field of scientific research.

However, Prof George had a simple but very intelligent idea that would allow people around the world for years to come to use this technology to treat depression and other psychiatric and neurological disorders.

Although Prof George did his first research on the use of TMS in treating depression when he returned to the USA, it was in London when he had this great idea and London continues to have a special place in his heart.

We need to acknowledge that it is because of the diligent work and altruism of Prof Barker and Prof George that we have this amazing technology at our disposal.

Their work gave us the power to help millions of people around the world who could benefit from TMS in treating their medical conditions.

I was honoured to be the first British psychiatrist to receive formal training at the hands of Prof George at the Neuromodulation centre he runs at MUSC (Medical University of South Carolina) in the beautiful city of Charleston.

After this I founded in 2016 the first TMS clinical service in the NHS in London at Camden & Islington NHS Foundation Trust, which I continue to lead today.

I have served in other leadership roles in the society as I was the Secretary of the Clinical TMS Society between 2019 – 2021 and I have been on the Board of Directors since I was elected as director in 2017 (the first British psychiatrist to be elected to this position) and I was re-elected to this position in 2020.

Through my work in the Field of TMS, I have been relentlessly working on making this effective, evidence-based and safe treatment available to bigger numbers of patients and to educate and train doctors and clinicians in the effective and safe use of TMS.

Over the last few years I have been privileged to teach in TMS training courses with two of my heroes and role models, Prof Barker & Prof George.

After founding the first TMS service in the NHS I realised that as the availability within the NHS was so limited & strict criteria required to be eligible, I needed to offer it in a private clinic to be able to offer help to more people.

I have an aspiration to make TMS available to all patients who need it and for TMS clinicians and centres to deliver TMS therapy that is based on strong scientific evidence.

I established London TMS Centre in the heart of the medical district of London with easy access to different parts of the city and other cities in the UK.

Complete our online form and we will call you back for a Free Initial TMS Consultation.